Kundalini Yoga Teacher Training is a journey of self-discovery and self-mastery. Our program teaches you how to teach but more importantly, it teaches you how to live a happy, healthy and spiritually fulfilling life. Regardless of your intention to teach yoga, this course will give you life-long tools for your personal transformation and growth.

Do you ask yourself “How do I use the gift of this life to help transform the world into a better place?” The practice of Kundalini Yoga is a powerful, focused path to balancing your inner and outer worlds. Woven throughout this training will be experiences to deepen your awareness of your receptive, nurturing creativity, that will bring more balance to your assertive, productive nature. This training incorporates experiential learning alongside the textual studies, extensive use of sound current through mantra and gong, master teachers with expertise in Eastern medicine, sound current, yogic science, and self empowerment. You will move deeply into the practice of Kundalini Yoga, expanding your sensitivity to and awareness of the internal processes it catalyzes, and developing the skills to teach others.

TEACHERS BIO
SCHEDULE AND FEES
Pathways into the Heart:
Finding You within you.

The Aquarian Teacher Training program is the KRI Level 1 certification program in Kundalini Yoga Teacher Training. This allows you to become an instructor and gain a deep, experiential understanding of the core science of Kundalini Yoga. We each have a gift we are meant to use to elevate Ourself and the world. This training will support and serve your awakening to your Unique and Special Gift. You have probably noticed that with the Aquarian age, things are changing very quickly. Kundalini Yoga is the yoga of fast change, creating stability and grace no matter what.

The Level 1 Aquarian Teacher Training Program is open to students of Kundalini Yoga, students or teachers of other schools of yoga, and anyone seeking to deepen their yogic experience. The clarity and joy you can gain by relating to others through your authentic self can not be achieved by reading and lectures alone. It is through your interactions with the teachings and the group energy field that you bestow upon yourself (and all those you touch) a timeless and most precious gift: the Radiant Life you have always wanted to live. 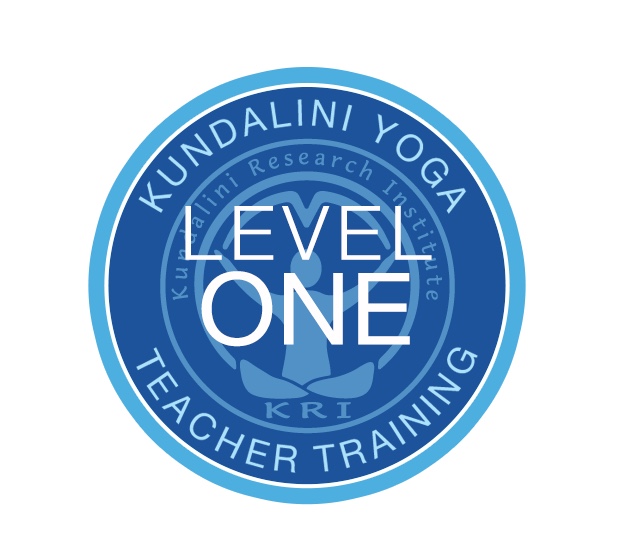 Here are the dates for the upcoming level 1

EARLY DISCOUNT IF PAID IN FULL AT TIME OF REGISTRATION

All installment payments will be charged to your credit card and will be subject to a 3% service fee. If you choose to pay by other than credit card (cash or check) we will require a credit card on file for you.

All payments will be made in US dollars. Forms of Payments accepted are Cash, Check, Credit cards. All credit card payments are subject to a 3% convenience fee.

Full Meditation Day & 20 class requirement are NOT included in tuition.

A refund of the amount paid minus $700 is available until the course begins.  There are NO refunds once the first weekend has started.

The course will be available on Zoom as well as in person in Huntington depending on the Covid restrictions in New York. 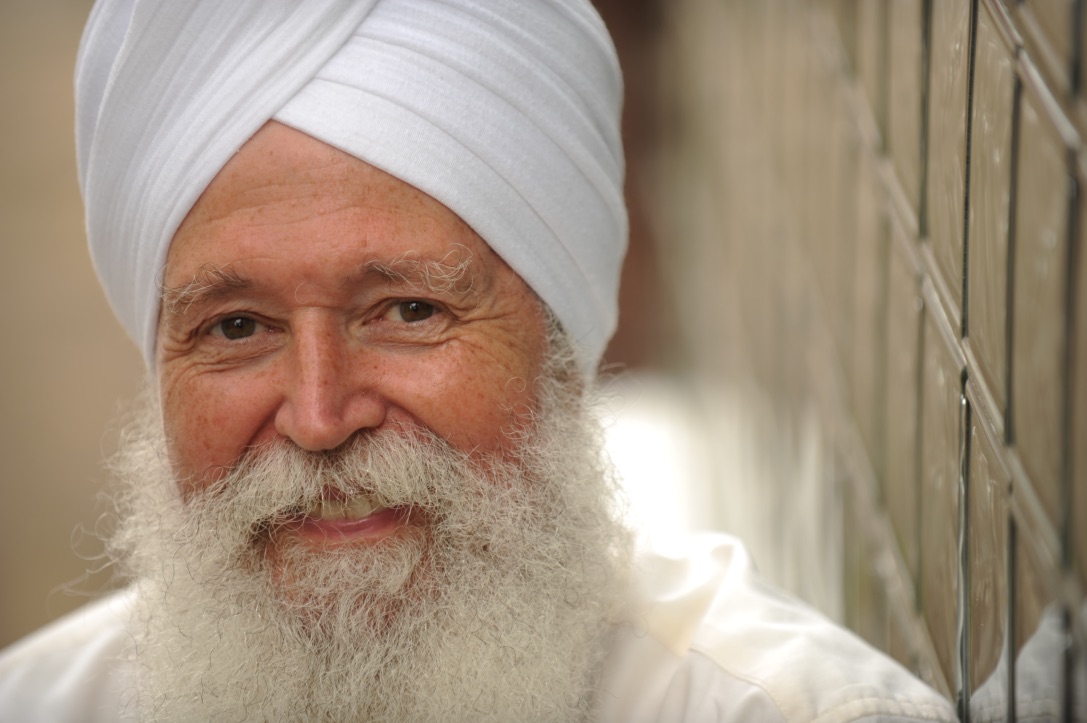 “I have been practicing and sharing Kundalini Yoga since 1975. I gain inspiration and knowledge from various traditions and yogic scriptures, in which kundalini energy is seen as a universal concept that refers to the dormant energy at the base of our spine.” 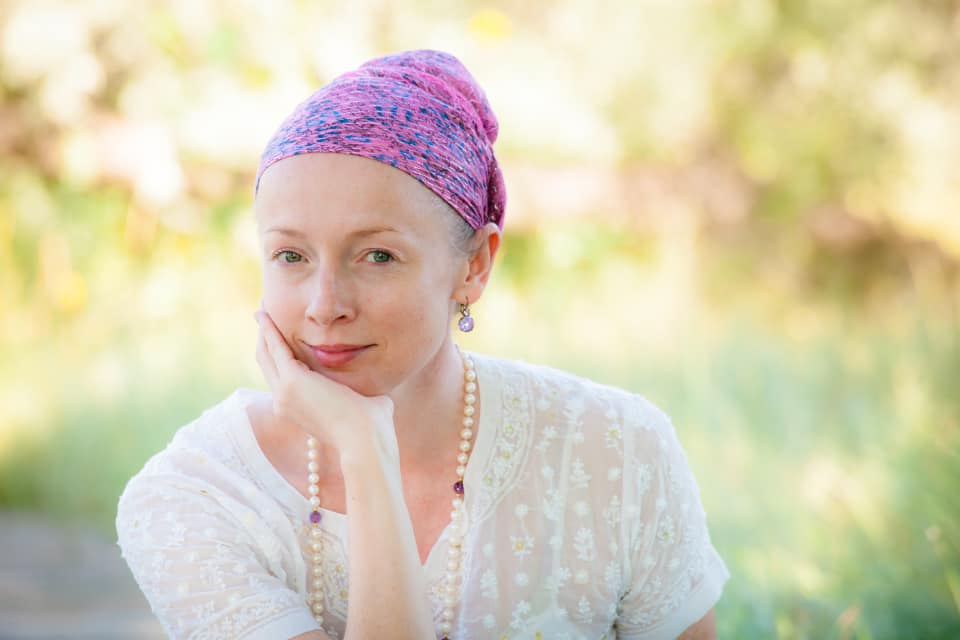 A former ballet dancer with the Australian Ballet, Sat Siri found ballet meditation in motion, a creative expression that renewed her perspective with each step, turn or jump. “I fulfilled my childhood dream of dancing with the Australian Ballet. The truth that no matter how many times I practiced a step or a turn or a jump in the studio, once on stage everything was new and fresh, I was in the present moment. I had to be, sublimely so. Every breath mattered.”

“I felt similar when I first started Kundalini Yoga, the rhythm of a spinal twist with breath and music felt so freeing to me. Then the icing on the cake was that I got to close my eyes too! That felt amazing to me and a big relief. After all those years of studying and practicing and looking in the mirror perfecting everything physically to turn within to the world behind my eyes was profound and healing.” 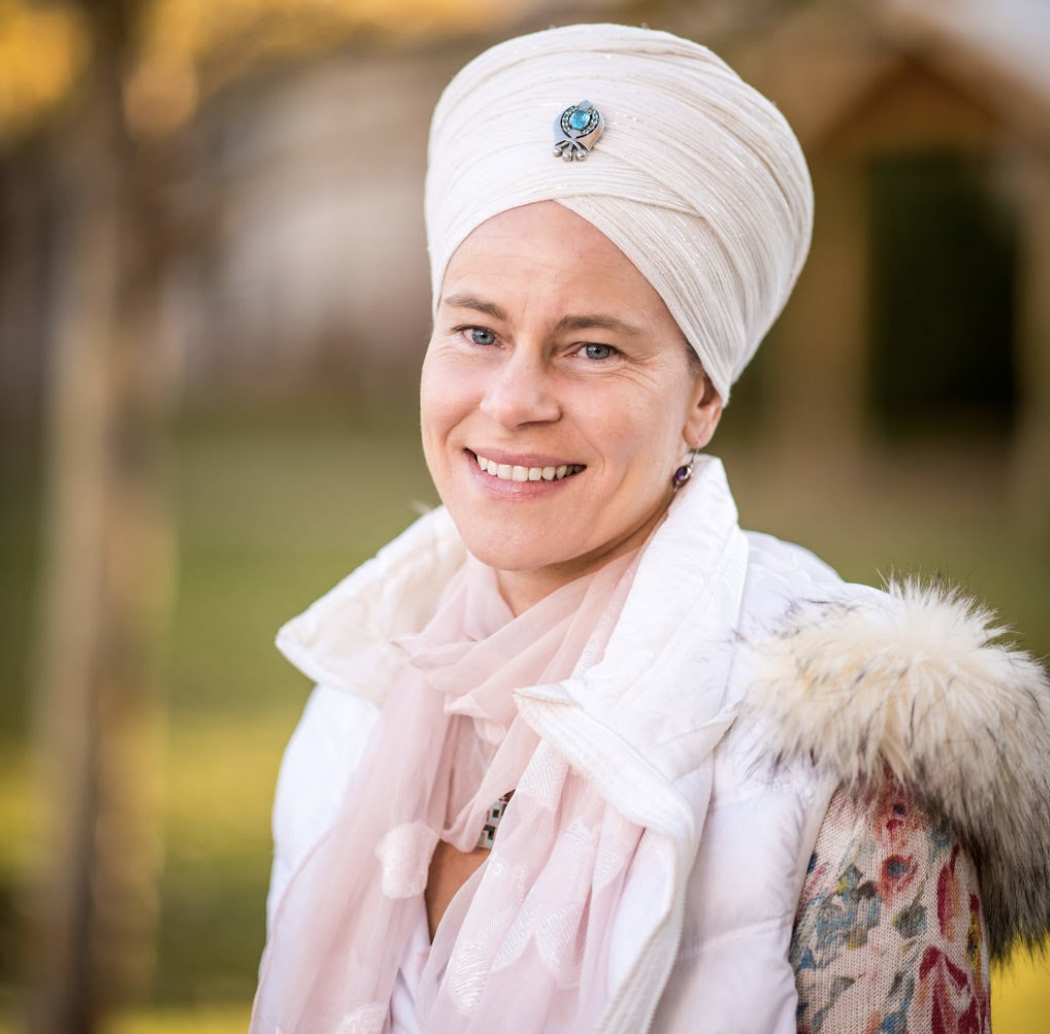 Dr. Japa Khalsa is a 25-year practitioner of Energy Medicine with a dual degree as a Doctor of Oriental Medicine and Certified Yoga Therapist (C-IAYT). Dr. Khalsa travels and teaches internationally as a Professional Teacher Trainer and Yoga Therapist. As co-author of Enlightened Bodies, she is passionate about sharing the power of the human body’s potential to self-heal.

Her heart lies in serving public health and in bringing joy, enthusiasm and humor to teaching. She lives in Santa Fe, NM with her husband Harpal and their son, their two dogs, a ball python and a tortoise…. Samantha. Visit drjapa.com for more info. 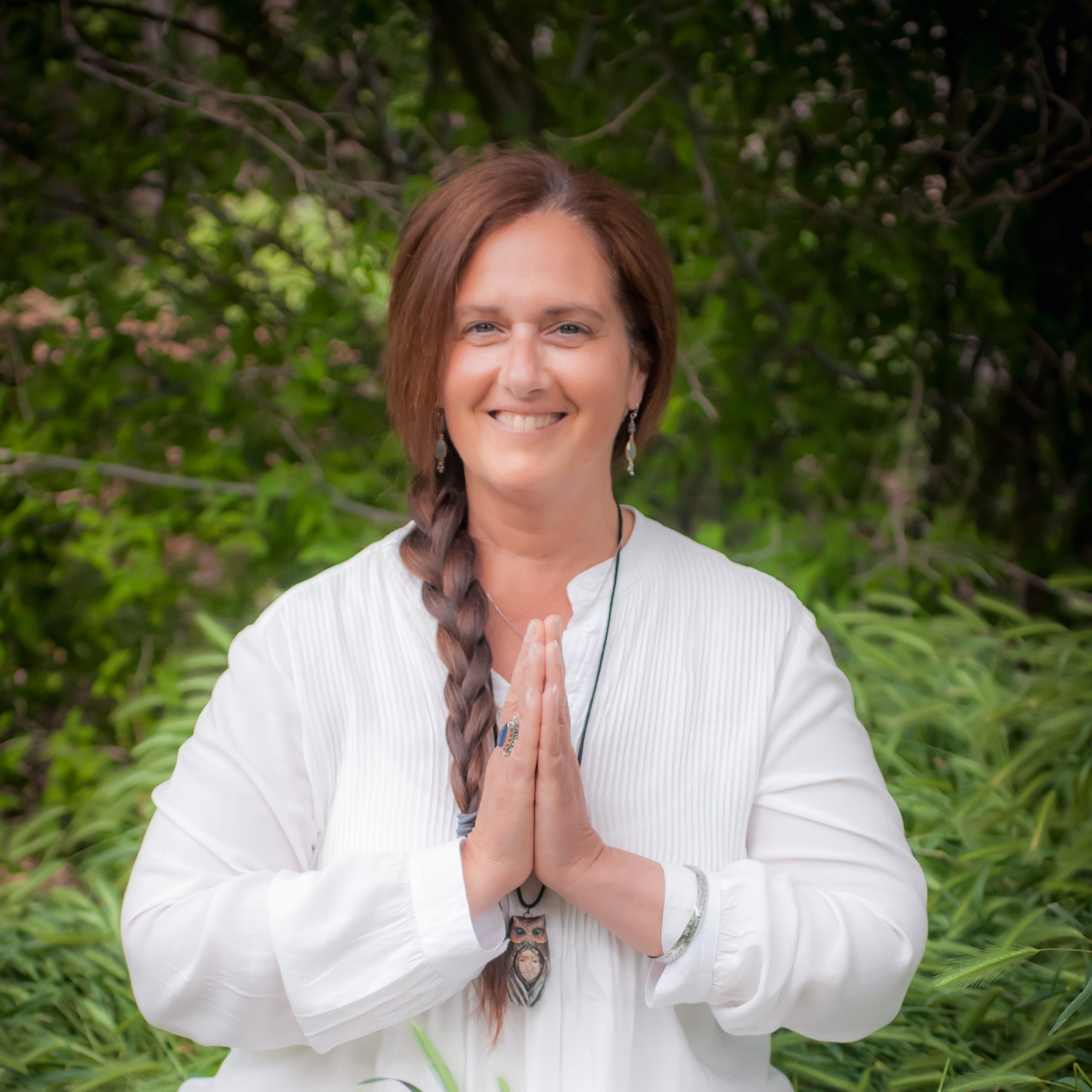 Theresa Banks began her yoga practice in 2003 on Long Island, New York, and has traveled frequently to study a variety of yoga traditions, all over the world. Her love for the healing arts guided her to complete the intensive training program to become an IAYT Certified Yoga Therapist. Building on that training, Theresa adds in-depth knowledge of Kundalini Yoga as a therapeutic science through her studies with Guru Ram Das Center for Medicine and Humanology. Her skill and sensitivity to the use of sound as a healing force has been honed through many years of study with Gong Master Don Conreaux and with the masterful artist of sound healing, Mike Tamburo. Theresa rounds out her therapeutic background with her training to become an Integrated Energy Therapy Master Instructor as well as being certified in Reiki I and II. 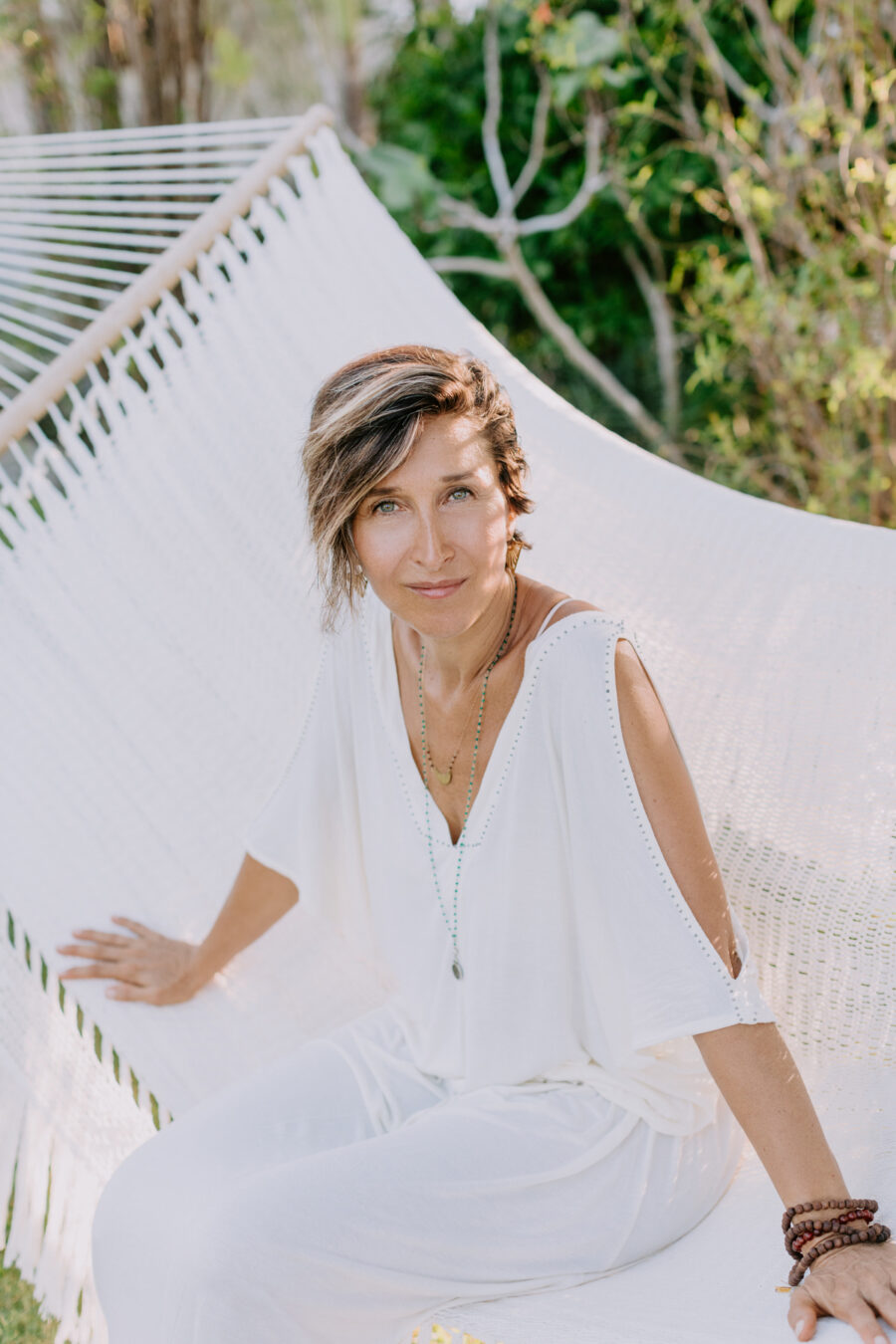 Sukhdev was born Pauline Drossart in Brussels, Belgium and moved to London when she was 11 years old. After the loss of her mother at the age of 7, an uplifting musical movement in West London fostered Sukhdev Jackson in her early childhood. Curious to discover the music her mother loved, Sukhdev began to collect vinyl records shortly after her mother’s passing. Music legends such as Nina Simone, Billie Holiday, Aretha Franklin, Stevie Wonder, and Earth Wind and Fire sparked beautiful memories and inspired her young spirit.

By the age of 18 her talents had naturally progressed and Jackson landed an EMI record deal with Parlophone Records – the label The Beatles were signed to. She was in a musical category of her own in the mid 1990’s, with a unique poetic fusion of French and English Hip Hop and RnB. She toured the world, appeared on MTV, and was recognized for her unique style by Billboard Magazine. As part of the urban sound of London, she thrived in the creativity and dynamism of rap music, but a chaotic industry devoid of spirituality left her empty and searching for something more.

Music and writing became her medicine

Sukhdev discovered Kundalini Yoga and meditation upon moving to Los Angeles in the year 2000. After a decade of battling drug addiction, she experienced the healing power of meditation, yoga, and prayer, which changed her life dramatically. Her newfound spiritual path led her to becoming a certified Kundalini Yoga and Meditation teacher in 2006.

The given spiritual name Sukhdev means “Angel of Peace”

For the past decade she has had the privilege to study extensively with Yogis, Holistic practitioners, Shamans and the Native people of the Chumash tribe. Her current work and passion is to support women to come back into their personal power and destiny. Having immersed herself in the Women’s Kundalini Yoga teachings and pulling from the focused array she has studied from, Sukhdev was inspired to create “Shakti School” as a training for Women to come back “Into Their True Power”. Shakti School is online and live.